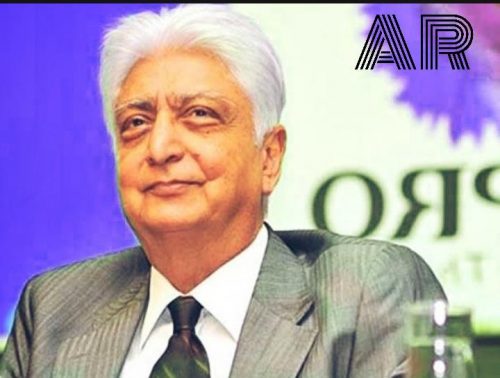 Azim Hashim Premji was born in a Muslim family on 24 July 1945 in Mumbai, India. His father was a businessman and was known as the king of Rice Burma.

Azim Premji is the CEO of Wipro. His net worth is approx 660 crore USD. He studied from Standford University. Where he completed his bachelor of science in electrical engineering. After completing his education he married to Yasmeen. Both of them have two children Tariq and Rishad. In the IT Business, Wipro Rishad is the chief strategy officer.

Who is the CEO of Wipro?

At Amalner, a small town in the Jalgaon district of Maharashtra, Muhammed Hasim Premji incorporated Western Indian vegetable product ltd in the year 1945.
Premji came to his home from Standford university at that time he was just a 21 year old.
His company was called western Indian vegetable product later diversified the company in the products such as

In the year 1980, he recognized the importance of the IT field, so later he changed the name to WIPRO
He left his parent field soap and put his step in software to create history.

The question would come in your mind that Who is Azim Premji?
By reading his awards below you would be surprised and get the answer.
He is an entrepreneur of  India, his company Wipro is one of the world’s fastest-growing companies.
By Manipal Academy of higher education in 2000, he has conferred an honorary,
For his outstanding work in trade and commerce, the Government of India honored him with the title,

National Institute of industrial engineering in 2006  awarded him,

For his philanthropic work, he was awarded an honorary doctorate in 2009 by
In 2011, the second-highest civilian award by the Government of India.
India Today magazine ranked him ninth in India’s 50 most powerful people of 2017 list in April 2017.

Azim Premji Foundation,
It will help in the treatment of the people, from the donation medical equipment, ventilators can be purchased.
He likes to help, for the betterment of the country.
Also, his charitable foundation focuses on the education sectors he recently
With the help of various state governments, the fieldwork has been started across

Already some works are completed in the northeastern state in India.

Under section 2F, the university is recognized by University Grants Commission (UGC).
Azim Premji foundation began its work in early 2000 with elementary education in government schools in India.

What is the email id of Premji?