The Statue of Unity is the tallest statue in the world, located near Kevadia in Gujarat, India. It honors Indian politicians and the independence struggle of Sardar Vallabhbhai Patel, who was the first home minister and deputy prime minister of independent India. 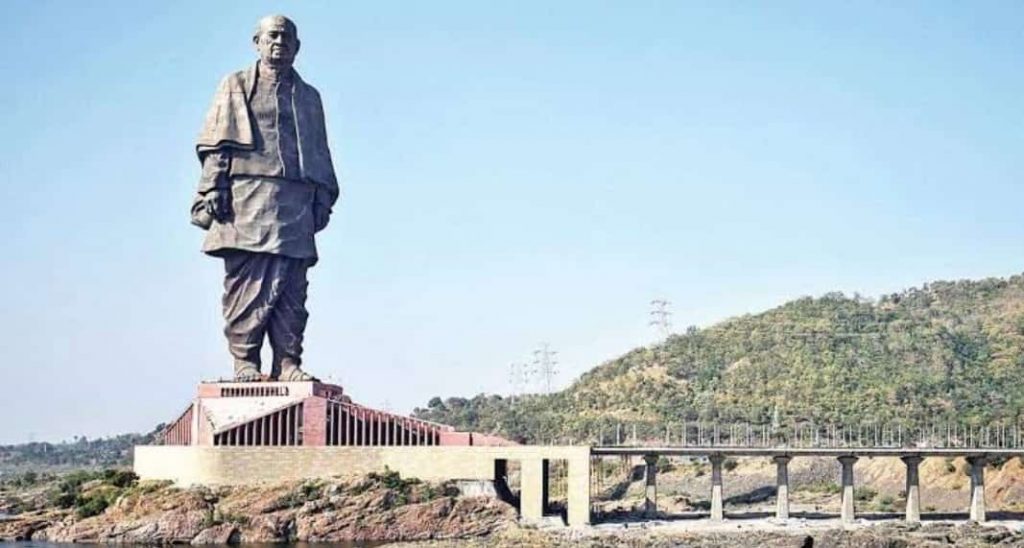 Vallabhbhai Patel was known for his leadership in forming the single Union of 562 princely states of India. Narendra Modi first announced the project and the construction started in October 2013 by Larsen & Toubro an Indian company. Ram V. Sutar an Indian sculptor designed the statue, Ram V. Sutar an Indian sculptor designed the Statue of Unity, to execute the project a society was formed under the chairmanship of the Chief Minister of Gujarat named Sardar Vallabhbhai Patel Rashtriya Ekta Trust (SVPRET), In 2013, The Statue of Unity Movement was started to collect the iron needed for the statue, where farmers were asked to donate their used farming instruments, 135 metric tonnes of scrap iron was collected by 2016, to make the foundation of the statue after processing about 109 tonnes of iron was used.

The height of the statue is 182 meters, with a base of 58 m and the height of the structure is 240 m (790 ft), and the monument can be seen within 7 km. The Statue of Unity is constructed on a river island named Sadhu, It is divided into five zones of which only three are accessible to the public, which has a total of three levels and includes the mezzanine, roof, and exhibition area. The first zone contains a museum and memorial garden, The second zone reaches up to Patel’s thighs, and the third extends up. The fourth zone is the maintenance area the final zone comprises the head and shoulders of the statue. The Statue of Unity construction cost ₹27 billion (US$422 million). 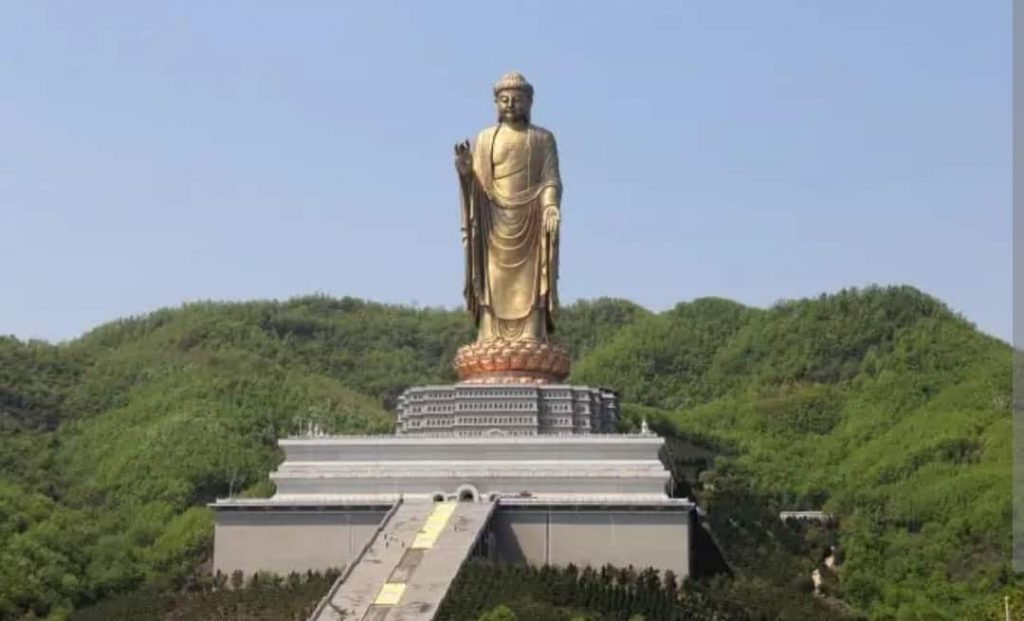 The monument is the second-tallest statue in the world after the Statue of Unity, the statue’s height is 208 m, and it consists of a total weight of 1,000 tonnes of copper cast of 1,100 pieces The hill on which the statue stands was reshaped in October 2008 to form two further pedestals, The project of Spring Temple Buddha cost around $55 million, The name of the temple is derived from the Tianrui hot spring. The statue of Buddha is standing atop of lotus-shaped pedestal which makes the monument more beautiful.

The Laykyun Sekkya Buddha is a Gautama Buddha standing on a 115.8-meter throne statue located in the village of Khatakan Taung, near Monywa, Myanmar. The Construction of the statue began in 1996 and was completed on 21 February 2008. 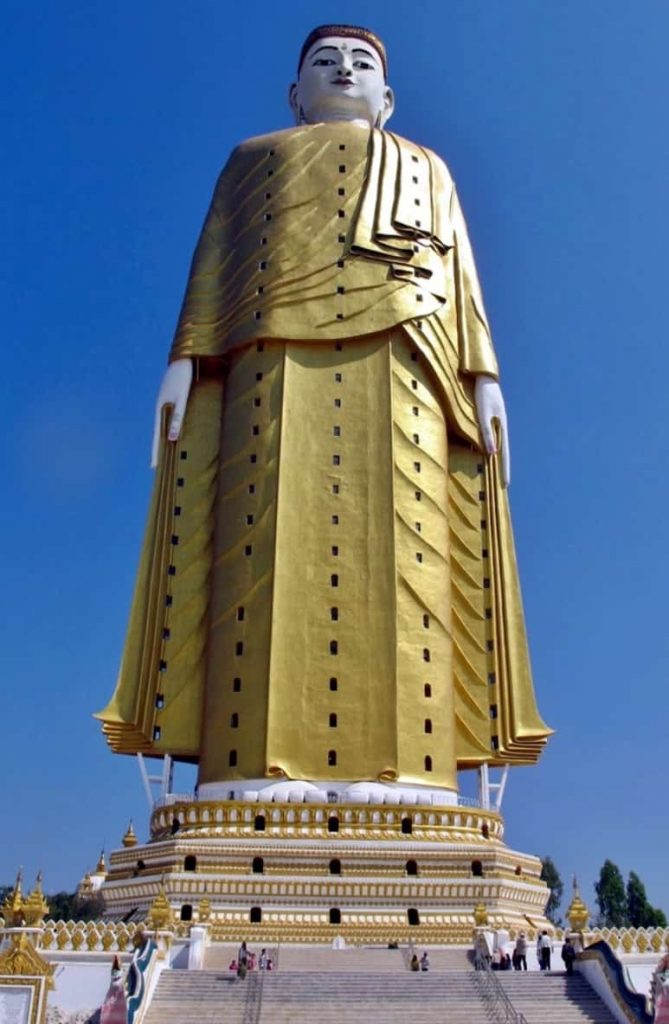 It was certified by Chief Abbot Ven. Narada. As of 2018, The Laykyun Sekkya Buddha is the third-tallest statue in the world, travelers treat this huge Buddha statue as an attractive visual object, and locals treat it as a place of worship, the statue is painted yellow, in Buddhism the yellow color is considered a symbol of wisdom. Until 2008, the Laykyun Sekkya Buddha sculpture is the tallest statue in the world for a few months till the completion of  Spring Temple Buddha. The statue has 27 floors and also a special elevator.

Ushiku Daibutsu is a statue of Gautama Buddha located in Ushiku, Ibaraki Prefecture, Japan. It was completed in 1993, and the statue is 120 meters (390 ft) tall, which includes a 10m lotus platform and a 10 m of the base. From 1993 to 2008 it held the record for the tallest statue and now comes among the top five tallest statues in the world. 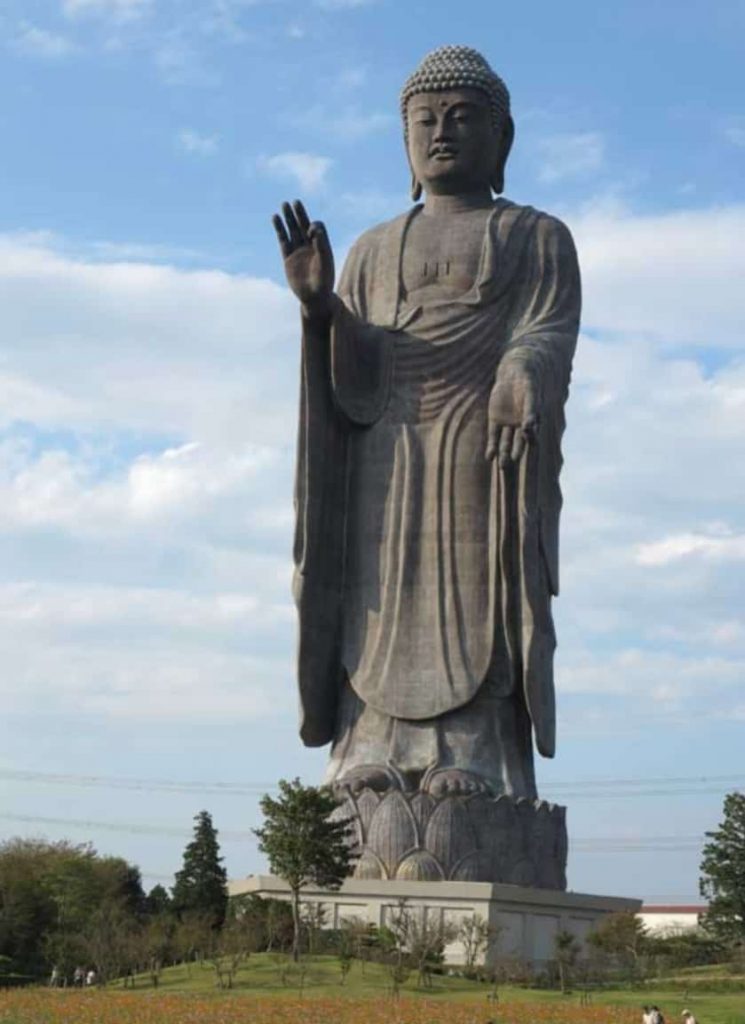 The Ushiku Daibutsu statue is dedicated to  Amitabha Buddha, it is made of bronze. The 100-meter-high body, of the sculpture, was divided into 20 tiers, with each tier consisting of 17 blocks, the status also has four levels, the first level contains the lobby floor, the second level is dedicated to scriptural studies, on the third level there are 3000 samples of gold Buddha statues, the fourth level has a window looking out from the buddha’s chest, from where you can see the small animal park and flower garden. There is also an elevator that takes the visitors up 85 m to an observation floor. 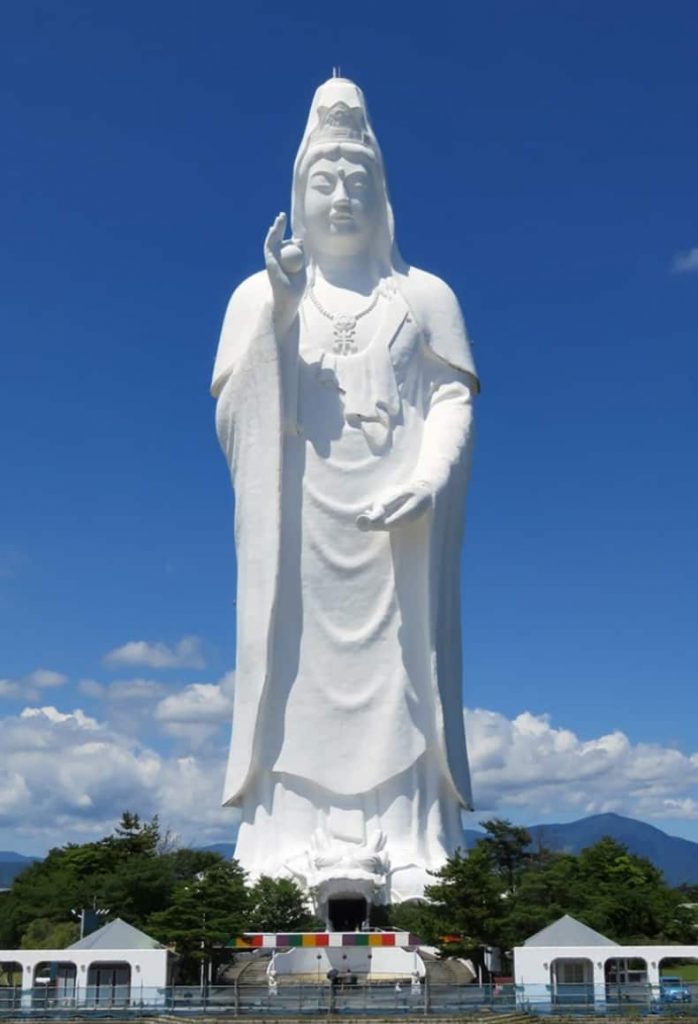 It is one of the tallest statues of a goddess, in Japan, Bodhisattva Kannon means White-robed Kannon, bearing the cintamani gem in her hand, as the statue has bearing a gem in the Sendai Daikannon hand. Sendai Daikannon’s sculpture was completed in 1991, with 100 meters it is the sixth tallest statue in the world. To get inside the statue there is a small entry fee, on the first floor there are many large statues of mythical kings and Gautama Buddha, and at each level, there are eight Buddhas displayed in cabinets, and in total there are 108 statues. To reach the up of the statues they have provided elevators and steps as well.

What happens if you start running every day?