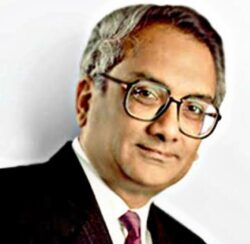 Who is Aditya Vikram Birla? Aditya Vikram Birla was born on 14th November he was an industrialist. His family was one of the top business families in India. Birla family business was into textiles, petrochemicals, and telecommunication, he was India’s first Industrialist to expand to abroad his plants were in Southeast Asia Philippines, and also in Egypt.

Aditya Vikram Birla’s net worth was £250 million, in 1995. He left the world at 51. After that his son, Kumar Mangalam Birla took charge of his group of companies.

Aditya Vikram Birla was born on 14 November 1943 in Calcutta in the industrialist family. Aditya’s parents were Basant Kumar and Sarala Birla.
His grandfather was Ghanshyam Das Birla who was in contact with Mahatma Gandhi
They built his fortune as the manufacturer of the Ambassador car.
After receiving the degree he married Rajashri and had a daughter vasavadatta and son Kumar Mangalam.
Now Kumar Mangalam is the head of the Aditya Birla Group, he received his Sanskrit education in Kolkata From the late Sanskrit scholar Shri Durga Prasad Shastri.

In the year 1965, he came to India he then focused on textiles his eastern spinning mill was in Calcutta (Kolkata).
That achieved great success in less time after achieving the success he went to take in charge of the corporation expanded into the oil sector.
Birla setup Indo – Thai synthetics Company Ltd in the year 1969 this Company was the group’s first overseas
Company.
To manufacture spun yarn he formed P.T Elegant Textiles in the year 1973 In Indonesia this was the group’s first venture.
In Thailand, Thai Rayon the Group’s viscose Rayon Staple Fibre business was started in 1974.
That going to become the world’s largest single-location Palm Oil refinery.
The group became the first producer of Viscose Staple Fibre in Indonesia was formed in the year 1982 “PT INDO BHARAT RAYON”.
The company became the largest producer of viscose staple fiber and refiner of palm oil and put the name of the Birla group on the world map.
The company also get success in Hindustan Gas and rescued Indo-Gulf Fertilisers and Chemicals Ltd.

They also included a plan of setting up the 100 beds at the seven hills hospital in Mumbai with the partnership of
Brihan Mumbai municipal corporation.
The Group also set up 200 beds across various locations such as Solapur, Pune, Ujjain, Hazaribagh,
Rayagada.
Also, more than 45,000  children studying in the Birla schools get a free education.
The Aditya Birla group is also helping for rural development lots of initiative works are being done by this group such as 7000 works that have been done in villages.
Also in this pandemic, they have treated lots of people and helped them to cure.

They are always ready to help no matter whats the situation for the betterment of the people.

For contributions to the industry, he was awarded by the Rotary Club of Calcutta (Kolkata) Platinum Jubilee Rotary Award, in the year 1994.