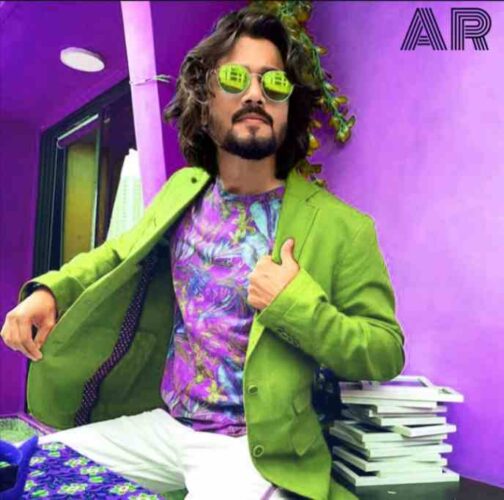 Bhuvan Bam was born on 21 January 1994 (26-year-old) in Hindu Family in New Delhi, India. He got famous by the Titu Mama character,. He is famous for many comedy roles that he plays in his videos. Bhuvan did many music video songs and was appeared in the short film “Plus Minus”. Bhuvan Bam is a Brand Ambassador of Lenskart. BB Ki Vines got the Diamond play Button from Youtube in 2018. Bhuvan’s overall views on his YouTube Channel is more than 2 billion.

Net Worth of Bhuvan Bam

According to Stardom1.com Bhuvaneshwar Bam Net Worth is estimated Income. Bhuvan Lives a Luxury LifeStyle. His primary Net worth income comes from YouTube and his secondary income comes from Brands, Shows, and Sponsors. Networth of Bhuvan Bam is approx 15 – 25 crore.
Note: This is the estimated income of Bhuvan he has never revealed his income.
Car Collection

Bhuvan completed his Schooling from Greem field school, New Delhi, and college from Shaheed Bhagat Singh College from New Delhi, India. Bhuvan’s highest degree is a Bachelor’s Degree, he did not take further many qualification.

Bhuvan was born in a Hindu family in New Delhi, India. BB mother name is Padma Bam and father Avindra Bam. He has an elder brother Aman Bam. Bhuvan do not have Wife, he has not married yet. It was a rumor that BB Ki Vines was dating Arpita Bhattacharya.

Bhuvan Bam came into controversy for speaking over the violence, going on campus.
He camed in the controversy, Who will complete the first 10 million subscribers on YouTube? with Amit Bhadana.
In 2016 BB came into limelight after winning the Web Tv Asia award for the most popular channel on YouTube.

Bhuvan Bam donated to NGOs and trust. Bam has never reveled his donation, According to Stardom1, he donated to the needed ones. BB helped many people with education. He had done many Charity Shows, for under privilege Children’s.
Bhuvan did a video, “Life Line of society” so that people will give the donation to the people who are suffering from the Pandemic 2020.

Bhuvan Bam is a brilliant comedian and Singer, he has got many awards. Some of them are mentioned below,

It was rumored that they were dating each other.