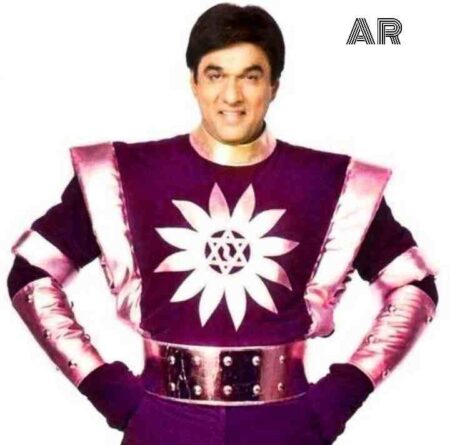 Mukesh Khanna is an Indian Actor, born on 19 June 1958 in Mumbai. He has completed his Acting Course From FTII. We have seen him on Tv Show and Movies. His role as Bhishma Pitamah in Mahabharat and the role of Shaktimaan, in that he was an Indian Super Hero, which use to forecast on Doordarshan channel from 13 September 1997 to 27 March 2005.

50 Lakh Approx(as on 2020). This is an estimated income, he has never revealed his real income.

After watching the Shaktimaan serial, kids used to copy him, most of the kids get injured by doing so.

Shaktimaan uses to worship God by saying Om truthfulness helpful humbleness is his motto. Also, he can separate his body into five different things fire, water, earth, sky, and wind.

He was a very intelligent and skilled fighter.
He had powers like unlimited speed, lots of strength also he had psychic powers like telepathy, teleportation, etc.
As everyone has some weakness so the only weakness for Shaktimaan was a crystal possessed by Tamraj kilvish which not only can defeat shaktimaan but also kill him.
This crystal makes him powerless because it is filled with the Evils which is the source of the black power.
But his strength can be regained by taking away the crystal from them.he also gets to know the incidents going to took place in the future.
Shaktimaan power is limitless he can do anything that he can imagine.
But the only limit for his power is his own belief in himself. All the powers come from chakras.

The seven chakras of Shaktimaan