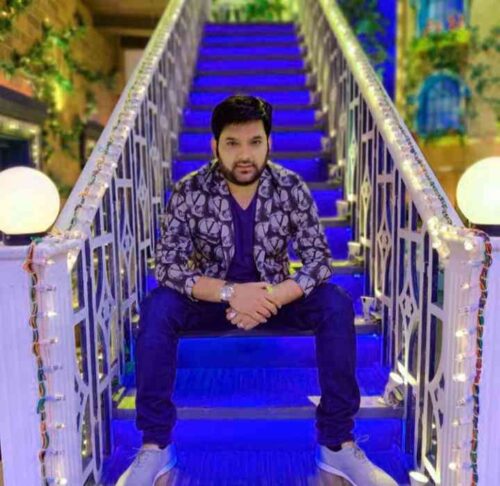 Sharma debuted in Tv from the ‘Hansde Hansade Ravo’ show. He Debuted with the Movie ‘Kis Kisko Pyaar Karoon’, in 2015. Kapil also appeared in the Movies ‘Bhavnao Ko Samjho’, and ‘ABCD 2’, as a Special appearance. He is also featured on the Celebrity 100 Forbes List in 2016 and 2017.

According to Stardom1.com, Kappu’s Net Worth in 2021 is below, he Lives a Luxury LifeStyle. Kapil Sharma’s salary is mentioned below. Kappu Primary net worth income comes from the Tv Show and Secondary income comes from Movies, World Tour Comedy Show, Award Host, Brands, Tv host, TV Ads, and Others.

Note: This is the Estimated Income of Kappu, he has never revealed his income.

His father is Jeetendra Kumar Punj, he worked in  Punjab police and his Mother is Janak Rani. He has a sister Pooja Sharma and Brother Ashok Kumar Sharma

Kapil Sharma was in Affair with Ginni Chatrath. He married her in 2018, they have Daughter Anayra Sharma.

When he abused Sunil, later he apologized for all but that didn’t turn out.

Kapil donated to NGOs and trust. According to Stardom1, Sharma donated to the needed ones, helped many peoples for education, he had done many Charity Shows and promoted the PETA campaign on his Shown.

Sharma has got many Award, some of them are below,